From bread to beer: the story of Toast Ale

At the time of writing this post, Toast Ale and its partners have saved over two million slices of bread from going to waste in the UK by using them to brew beer. In this post, we tell the story of Toast Ale, its impact, the company’s plans for the future and how you can help from the comfort of your own home. 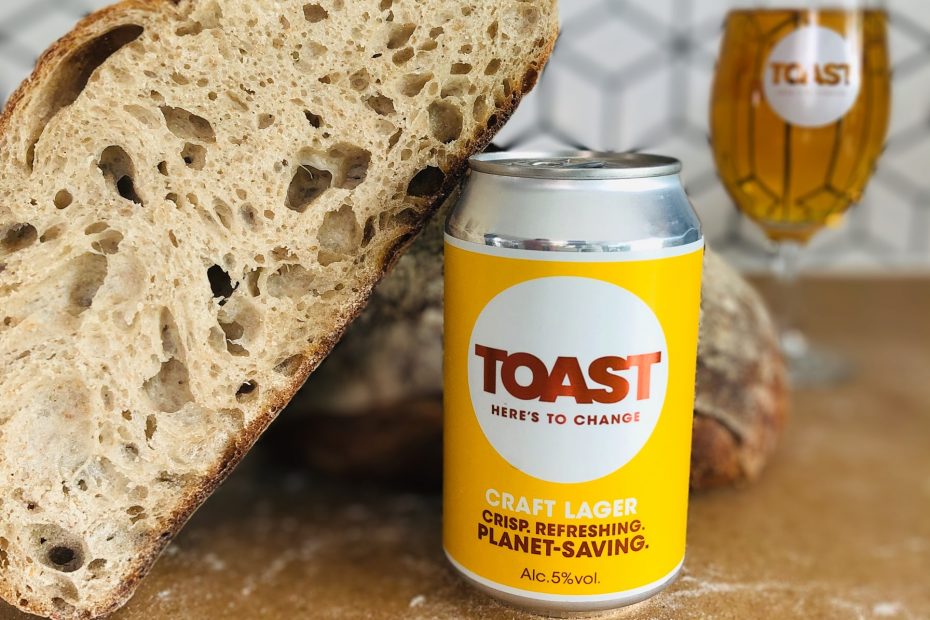 The Story of Toast Ale

Back in 2015, Tristram Stuart, an environmental campaigner, and Louisa Ziane, a sustainability advisor, set up Toast Ale. In 2016 they appointed a founding team – Rob Wilson, a social entrepreneur, and Julie Prebble and David Ryan, both retail experts – and launched the first UK bread beer.

But what was the inspiration behind starting the business? Tristram had visited a brewery in Belgium and sampled a beer based on an ancient recipe that used bread as the grain, instead of the more commonly used barley and other cereal grains.

Because of his background, Tristram was already aware of the huge quantities of day fresh bread that goes to waste in the UK every single day (at the time, it was 44%). He saw an opportunity to combine bread waste and the booming craft beer scene and so Toast Ale was born. 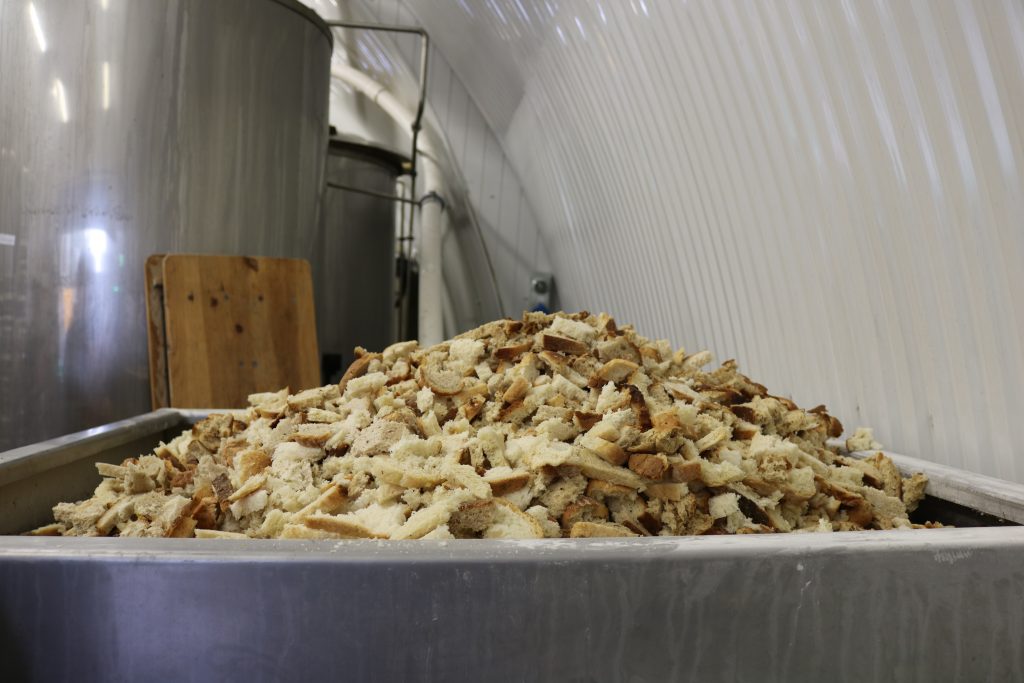 A mountain of bread in the brewery

Toast has a multi-pronged approach to running their business and making as big an impact as possible:

Firstly, they brew their own craft beers using surplus bread. They cater to a multitude of beer drinkers’ tastes, and the current offering includes a craft lager, a pale ale, a session IPA and an American pale ale. They also brew a number of limited-edition beers, usually in collaboration with other food-saving organisations, bakeries and breweries. If you’re a homebrewer, Toast has created a homebrew kit as well as a free, downloadable homebrewing recipe so you can save bread from your own home!

Speaking of collaboration, a major part of Toast Ale’s business and impact model is the company’s commitment to collaboration. They know that the fastest way to systemic change is through working alongside others to educate them on the huge potential of using surplus bread in the brewing process. This approach has already resulted in collaborations with over 50 breweries as well as working with bakeries and food-waste charities in a bid to change the system from the inside out. 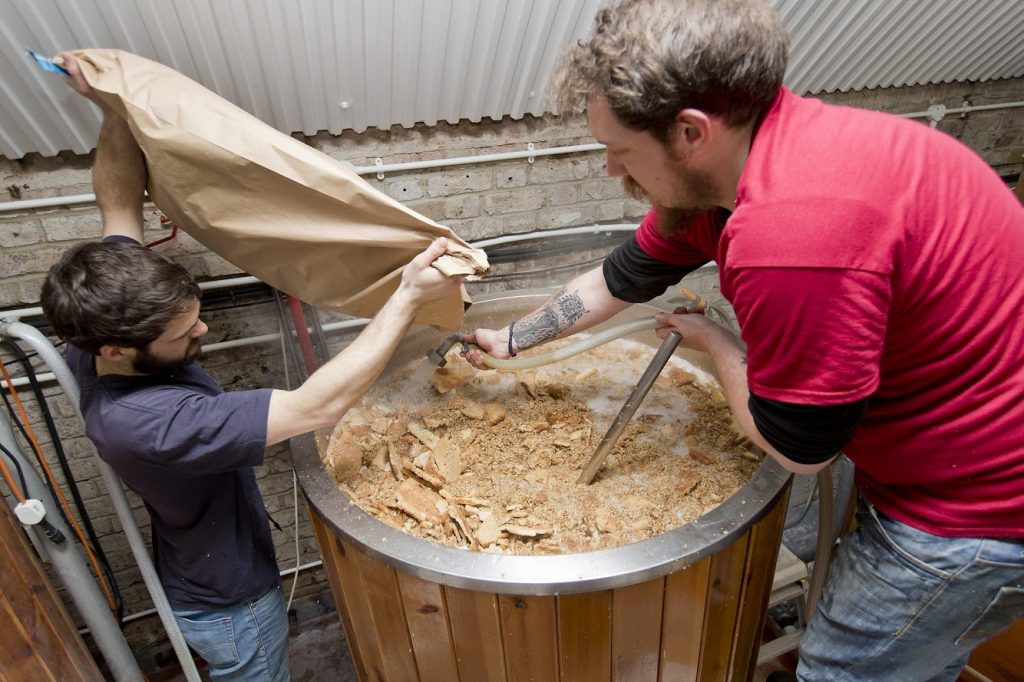 A business for social and environmental good

The team at Toast knows that food waste is a much deeper, more complex problem than saving bread and turning it into beer. This is why Toast has become a social enterprise, dedicated to 100% of the company’s distributable profits (at least 1% of their revenue) to charities that are working to tackle the wider, systemic issues of food waste, including calling for regulation that will require companies to measure and publicly report on food waste, and commit to action to reduce it through their entire supply chain..

In 2021, Toast Ale won the Queen’s Award for Enterprise in Sustainable Development, which celebrates businesses that benefit the environment, society and the economy.

What impact has Toast Ale already had?

By December 2020, Toast Ale had saved over 2 million slices of surplus bread from going to waste, donated almost £50,000 to charity and helped reach millions of people to educate, inspire and drive change.

During the Covid-19 crisis, Toast worked with Feedback and other charitable organisations, to help feed vulnerable communities. Their short-term model, called Meal Deal, funded a meal for someone in need with every beer sold through their online shop. This enabled Toast’s customers to directly help, simply by buying a beer.

You can read more about the company’s impact by looking at its running impact totals on this page, which also has a link to its latest impact report.

The future and targets of Toast Ale

We spoke to Toast co-founder Louisa and asked her what the future for Toast looks like.

“We want to save over 1 billion slices of bread from going to waste.” she said. “We aim to do this by expanding our list of collaborations and encouraging every brewery in the UK to use surplus bread in their brewing process, with the target of halving the UK’s bread waste by 2030”.

Here are 3 easy ways you can get involved with Toast’s mission:

If you’re a beer drinker, buying Toast beer is a simple but great way to help make a difference. 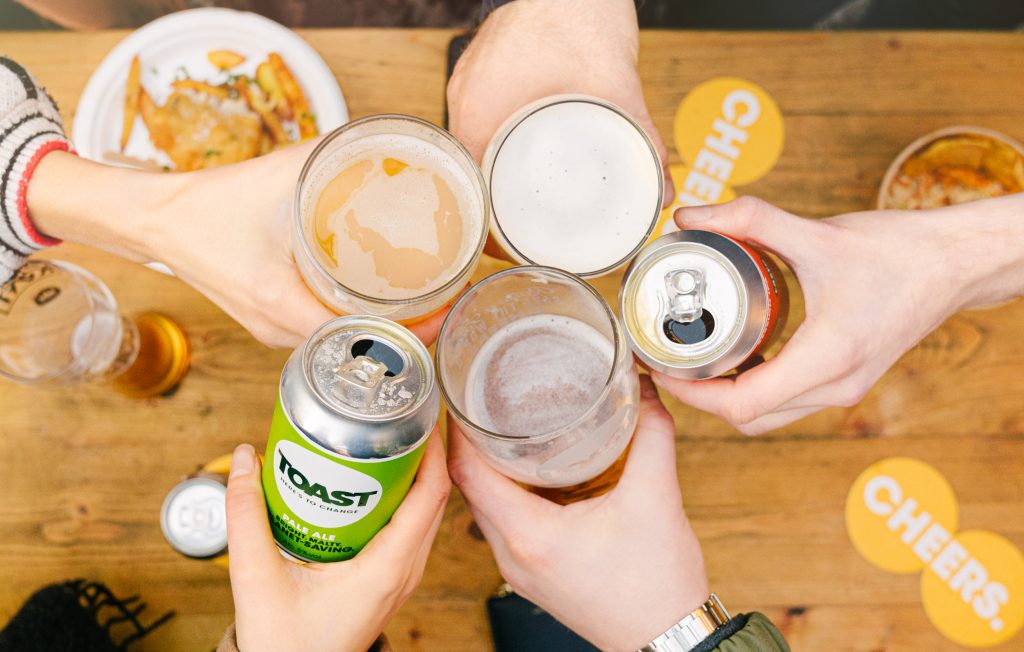 Speak to pubs and retailers

Do you have any independent pubs or local retailers in your community that don’t currently stock Toast? If you would like to see more bread-brewed beer in your local outlets, the best way is to let them know there’s a demand. And if this means they will be having a positive impact as a business, too, all the better!

One of the most powerful routes to change is by talking to others in your family, friendship groups, or business networks about the issue of food waste. Who could you talk to today about this story?

PrevThe Ailuna Swap to a shampoo bar dare
Next